Multiple parties use technology to work together to save lives. In this article, we present a behind the scenes look at the life saving technology used by an Emergency Medical Service (EMS).

Behind the scenes of an emergency, multiple parties use technology to coordinate action, share information, and save lives. From placing 911 calls to budgeting for next year’s emergency response, humans interact with tools and each other in a specialized way to make communities safer. Interviews and a ride-along with EMS workers in Beavercreek, Ohio illustrated what this system looks like from their perspective, and key ways in which it could be improved further.

How an Emergency Works

Emergency response has evolved over time and is carried out differently in different jurisdictions. In the time and place where this research was conducted, the following sequence of events occurs in an emergency incident. Specialized technologies have been labeled in bold and given a brief description in parentheses.

The above sequence of events was impacted by a cascade of issues originating from lack of connectivity between systems, descending down through the risk of data loss and wasted resources.

Although the Lifepak is capable of transmitting its data — via bluetooth or BNC cable — to other systems like computers running Epic or Firehouse, it relies on intermediary software to automate that process; otherwise, the data must be printed out from the Lifepak and then transcribed by hand, and/or stored externally throughout the emergency incident and manually entered for the record later.

Because the intermediary software was not present, the Lifepak’s electronic data transmission capabilities were unused. The workarounds, used by the EMS workers we observed, introduced their own issues:

A Lifepak can do more than simply record a patient’s heart rate. For example, it has a function by which the user can set markers, so that with the press of a button the user can define a point at which something of interest happened, and then log descriptive information about it. These markers become part of the CodeSummary, and can help tell the story of an incident. The EMS workers did not use this functionality because the exported data, which includes the markers, could not be electronically transmitted.

Instead of markering and logging other kinds of important data into the Lifepak, EMS workers wrote it down on scraps of paper or on the palms of their own hands. While perhaps less risky than human memory alone, these data storage methods pose obvious risks if the media is lost or the writing becomes illegible. 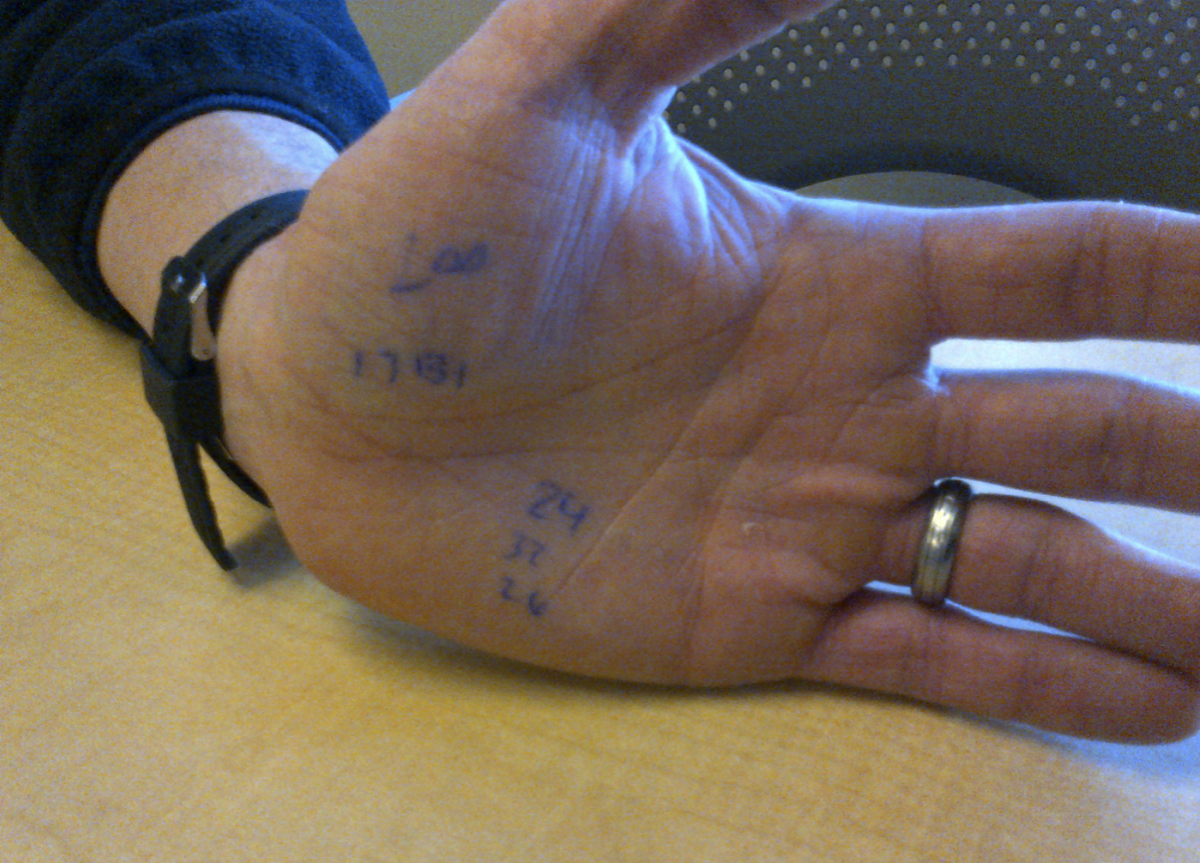 Each sequential events in an emergency incident requires people to record, enter, or otherwise interact with data. Because of the lack of connectivity between the Lifepak and other systems, data must be redundantly re-entered by hand, costing extra time and effort. 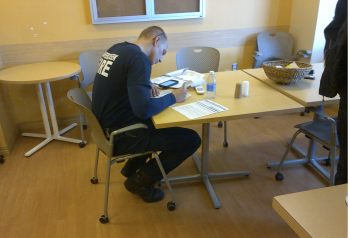 After writing important data down in ink pen using the aforementioned risky storage media, EMS staff orally relay the data and a summary of the incident to ED staff, who take note of it on paper and then enter it into EPIC. This process takes about 5 to 15 minutes.

At the emergency facility, EMS staff also fill out a patient care report, to which they staple a CodeSummary printed out from the Lifepak. They may go in and, by hand, annotate significant events on that printout. This process takes 30 to 60 minutes.

Back at the station, incident information must be entered again by EMS staff, this time into FireHouse software for internal and external auditing purposes. This process takes another 30 to 60 minutes.

Aside from the tedium of relaying the same information over and over—whether orally, by hand, or into a computer—this also means that each emergency call necessitates an average total of about one to two hours of extra work. During this time EMS staff may not be readily able to respond to emergency calls, and if they respond anyway then the work piles up when they get back. 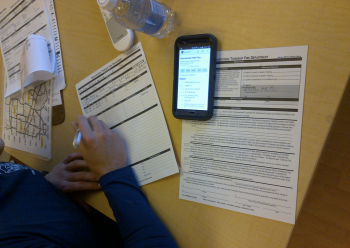 A further consideration is the fact that EMS staff are specialized in tasks related to helping people in physically dangerous situations and medical crises. Data entry, on the other hand, is typically not an optimal use of their particular strengths.

By sheer life-or-death necessity perhaps, the field of emergency healthcare has taken strides. Since the 1980s there have been major changes in their approach to and management of care. The field has incorporated lessons that military combat medics learned in the Iraq and Afghanistan wars, as well as embraced many new technologies in a relatively short amount of time. Given the size, complexity, and highly regulated nature of such a system, however, it is easy to see why some issues remain.

Fortunately, the issues outlined above were related in such a way that solving one key issue would tend to solve or alleviate all the others. That key issue was the lack of intermediary software between the Lifepak and other software systems like EPIC and FireHouse, which prevented connectivity and forced EMS workers and ED staff to undertake redundant time-consuming tasks in order to relay and record data, putting some data at risk along the way.

So far, the other issues have been addressed by industrious EMS and ED staff in whatever ways they can:

Solving the intermediary software/connectivity issue could potentially save thousands of labor-hours, equivalent funds, and potentially many human lives.